2021 has been a really strange year for me for a number of reasons. It almost goes without saying that 2020 was a strange year too, but 2021 is continuing to be sub-par in many regards but unlike 2020 it has been really good in some unexpected ways. Often I ask what I'm doing with my life but less often I feel like writing about it.

I haven't been writing here as much as for a while because I've had a few health issues come up and I've also had a lot of personal life things to deal with. In the last few months I'm not sure I've wrote a single line of production code, something that as readers of this blog you'll know I typically do a lot of, this is the largest break I've had in writing code in many years. The only programming I've done lately has been in support of blog posts, more on that soon. A lot of people I know have been doing it tough this year, while the pandemic has impacted Australia unevenly the worst of it might be behind us in a health sense, but economically some things are really bad for many people. (The averages may be good but the median I think has slipped and certain sectors have been badly impacted while others have not). I'm lucky to have a lot of work options and I've been trying to get myself ready to do a full-remote job again. Pre-pandemic I wasn't the biggest fan of full-remote work but things have definitely changed and it seems that remote work is both more common and also more normalized, also in-office work has got a lot more precarious with the nature of lockdowns and shutdowns that have been so widespread in the last 17 months.

Then in the midst of all these things going on my childhood best friend passed away unexpectedly. He was very skilled in a literary sense and his passing had a rather large impact on me. I tried writing some things but I just wasn't in the right mindset to do much writing for a while in there. This has led to me re-evaluating my priorities and my plans, I now know that writing some of the things I have both in my mind and in my "drafts folder" could be the best thing I could possibly do given my skills. The fog of grief and bad health is slowly lifting and thoughts are circulating more, the motivation to write however was not there.

I've noticed in the last few weeks I've actually had the desire to write again. So I have been writing a fair bit when I've had the capacity to do so, which has also been less than usual, but at least I'm writing again. During this year I've felt glad that I wasn't a professional writer since the words just weren't flowing for a couple of months in there and it would have been very difficult to have been in a situation where I had to write to sustain myself financially. This has made me consider money in the context of my writing though, I know there's value in some of the research I do and I would like to be paid something for that effort if it could be done in such a way that didn't damage the integrity of the work.

So what have I been doing?

The short answer is that I've mostly just been trying to recover.

Firstly I've just been trying to get enough sleep and trying to eat more. I was fairly badly underweight and I've only just got back to a healthy weight again. Trying to gain weight for health reasons gives a pretty interesting window into cultural attitudes towards weight. More than once I've had people make very nasty comments about this to me, in general Australia society at the moment seems increasingly obsessed with losing weight and the reasons for doing so tend to not be based on health but more other factors. Also I happen to be interested in rock climbing and I've noticed a lot of weight related issues in that sport, there's a lot of people who climb who badly need to put on more muscle mass to improve their climbing but yet do not do so because of an unhealthy obsession with being light over everything else.

Trying to get enough sleep has also been an interesting experience and much like the weight topic it gives another window into the intersection of culture and health. Unfortunately at the moment there's a huge prevalence of "hustle porn" on many social media sites. This trend has glorified sleep deprivation and other health "sacrifices" in the pursuit of other goals. The tragedy of all this is that these sacrifices like giving up on sleep don't actually get you any closer to your goals but they certainly get you closer to a collapse in health. Don't start waking up every day at 4am just because some "influencer" tells you this is the secret to success in life, most of this is just bullshit (yes if once in a while you have to get up early definitely do it, but if this destroys your sleep don't do it day after day, it's not sustainable). Getting enough sleep and getting that sleep on hours that are natural for your sleeping chronotype is crucial to your health which is in turn crucial for any sort of sustainable success. There's some people out there who can operate better than others on less sleep but if that's not you don't try to force it because it will destroy you.

During this time I've been doing a part time job to make ends meet while trying to recover. I started writing this update during the second week of a lockdown and I during that time I haven't been able to work because the job can't be done remotely. With each lockdown the divide between the people who can work remotely and those who cannot is widening, I didn't think things could get much more precarious for the precariat class but the pandemic showed not only that they could but that they did. When the government forced people to not go to certain types of work another gap was created between those eligible for government support payments and those who were not.

Also I've been spending a fair bit of time on various building projects, this has been great because it has given me a chance to learn a whole lot more about carpentry and various other aspects of construction. It's also been work that I've mentally been able to do. It has also been nice to see some very tangible projects get done, a satisfaction I was frequently longing for in many of my more professional software industry jobs. This has also given me a window into the construction and real estate situation in Australia from an angle I was less familiar with, something I will write about soon because I think the real estate bubble in Australia is a major festering social and political problem that only looks to get worse as time goes on. I also think there's a lot of room to improve productivity in the construction industry especially with regards to ordering and procurement of materials, which was the target of a project I was working on earlier in the year.

After working on a few construction projects I got very annoyed by what I saw to be a lack of software tools for structural engineering using timber products. Sure you can go get some LVL beams or glulam or similar and find things like span tables for those, but I just feel like the software tooling in this space is just not as good as it could be. There's just so many people in so many places that make structures with timber but yet very little in the way of open source software to help with structural engineering for timber products specifically. I searched for projects in this space and found a few which led me to having a number of great conversations with engineers from various different firms about the usage of software in structural engineering. My general impression is that engineered timber and especially products that allow faster growing softwoods to be used in broader structural framing roles will become more prominent as time goes on. The tools to deal with this hopefully improves as time goes on as well. I'd personally like to see some open source timber framing design tools as I think these could be of an enormous benefit to the world and this is something I'd be more than happy to work on given the chance.

I'm sure there's people out there who are wondering why someone like me would be working doing miscellaneous carpentry and building jobs and not working in the software or process improvement professions where I could deliver so much more value. I think I owe it to myself and anyone else out there who's in a similar position to me to explain why it is that I'm doing what I'm doing and why other people are making similar choices. People like me not being in a position to apply the specialized skills that they are capable of is just a symptom of a much broader malaise that's come across the entire economy which is due to a mix of cultural and political changes.

Anyway so I'm getting my fingers warmed up and ready for some hard hitting articles1: 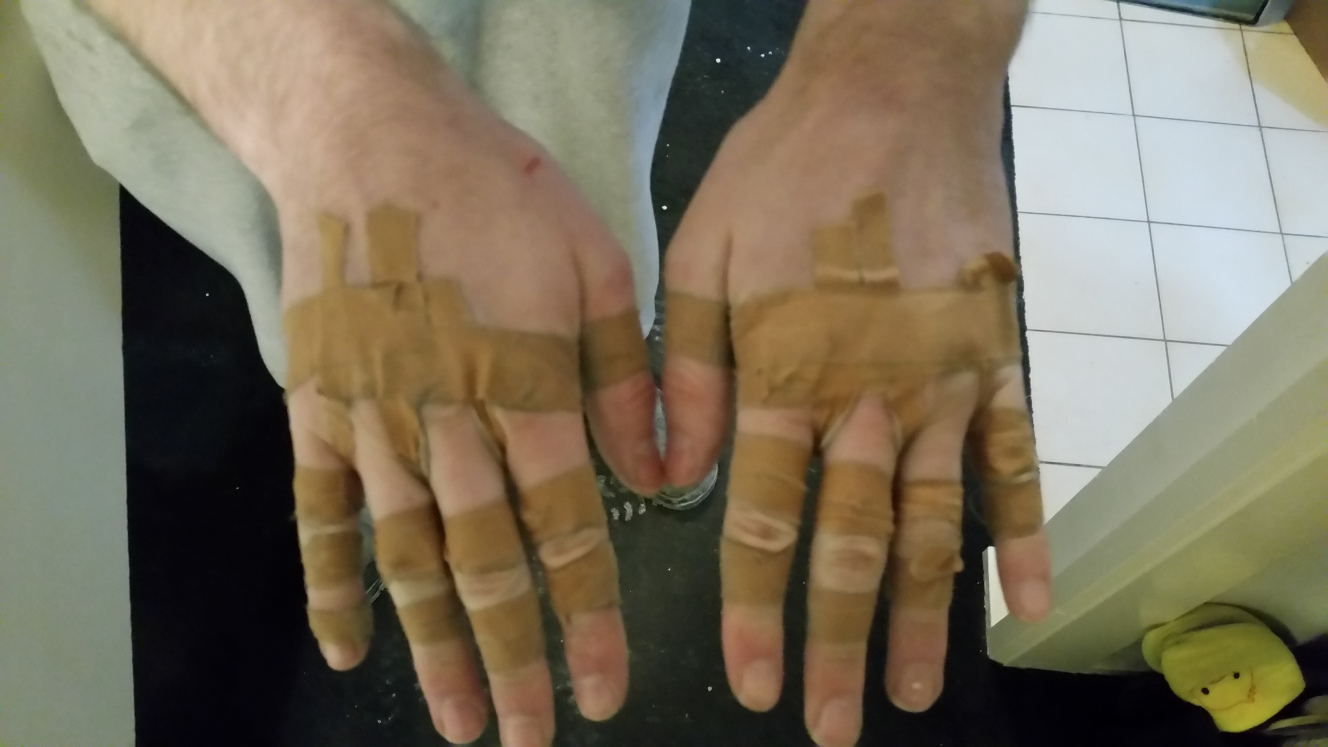 Here's a few articles I have in drafts that I hope to finalize and publish soon:

I'd also like to work on my broader research into monetary systems and propose a workable alternative to what we have now. I'm on the fence if this is something I'd want to accept money from people to work on but I'll obviously have to make a decision about it.