In the last few months there's been a lot of short squeezes going on, perhaps the most widely publicized one is Tesla (NASDAQ: TSLA). Tesla has been on a rise of epic proportions lately. Not even the company CEO, Elon Musk, can seem to slow the stock bubble. He tweeted that he thinks the stock is overpriced but this had little effect other than perhaps annoying the SEC again. At the time of that Tweet on 2nd May 2020 Tesla stocks were at around $760 and they feel 9% in a hurry. But that drop didn't last for long and since then Tesla stock has continued to rally massively: 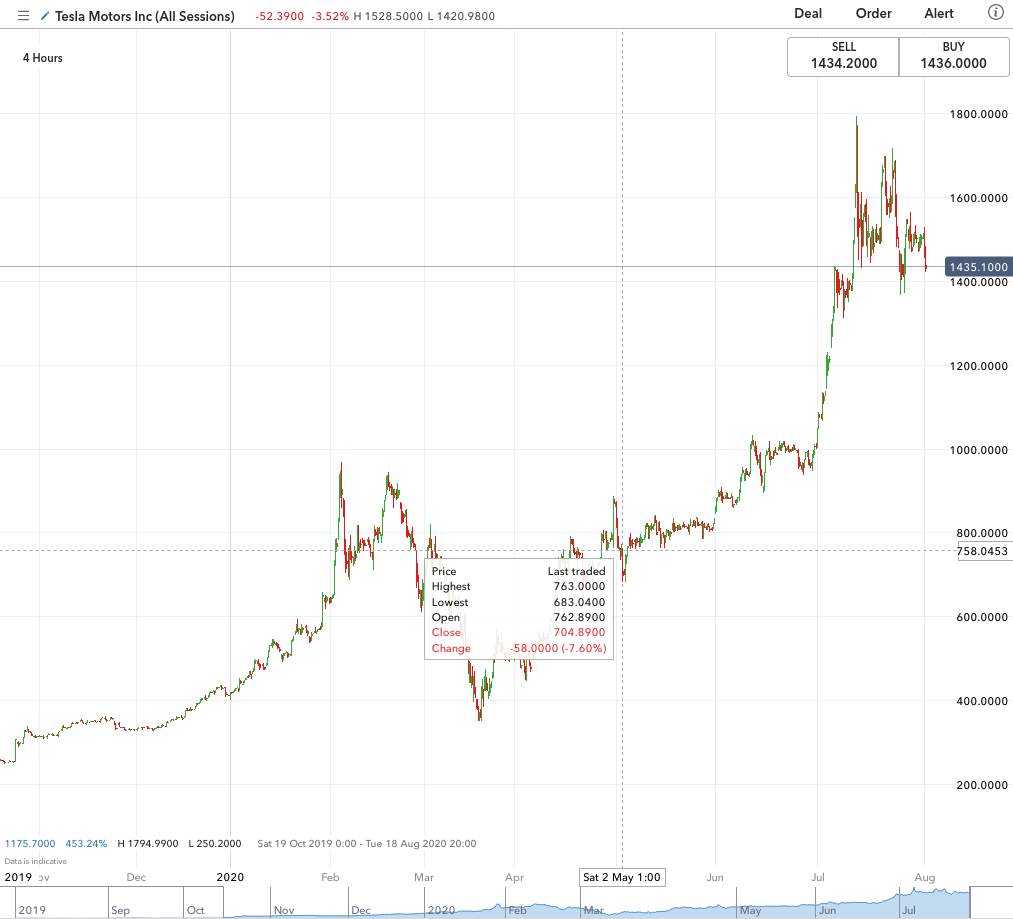 The highlighted time here is when Musk tweeted the stock was overpriced and 3 months later the stock is almost double the price it was when he made that tweet.

Given just how terrible world events have been lately a lot of people are betting fairly heavily on certain stocks going down. Despite these expectations the equity markets have been going quite strong which has led to a number of short squeezes lately. When the people who have been going short see the stock prices go up their positions start to lose heavily and as a result the people shorting the stock end up contributing to the stock price increasing when they have to cover their positions. When the liquidity is lower the more this impact tends to be seen.

So one of the perhaps less common things to happen lately, despite all the economic doom and gloom, is to see long squeezes. Perhaps the biggest example lately has been this amazingly large movement in price of Bitcoin which occurred on 2020 August 2nd: 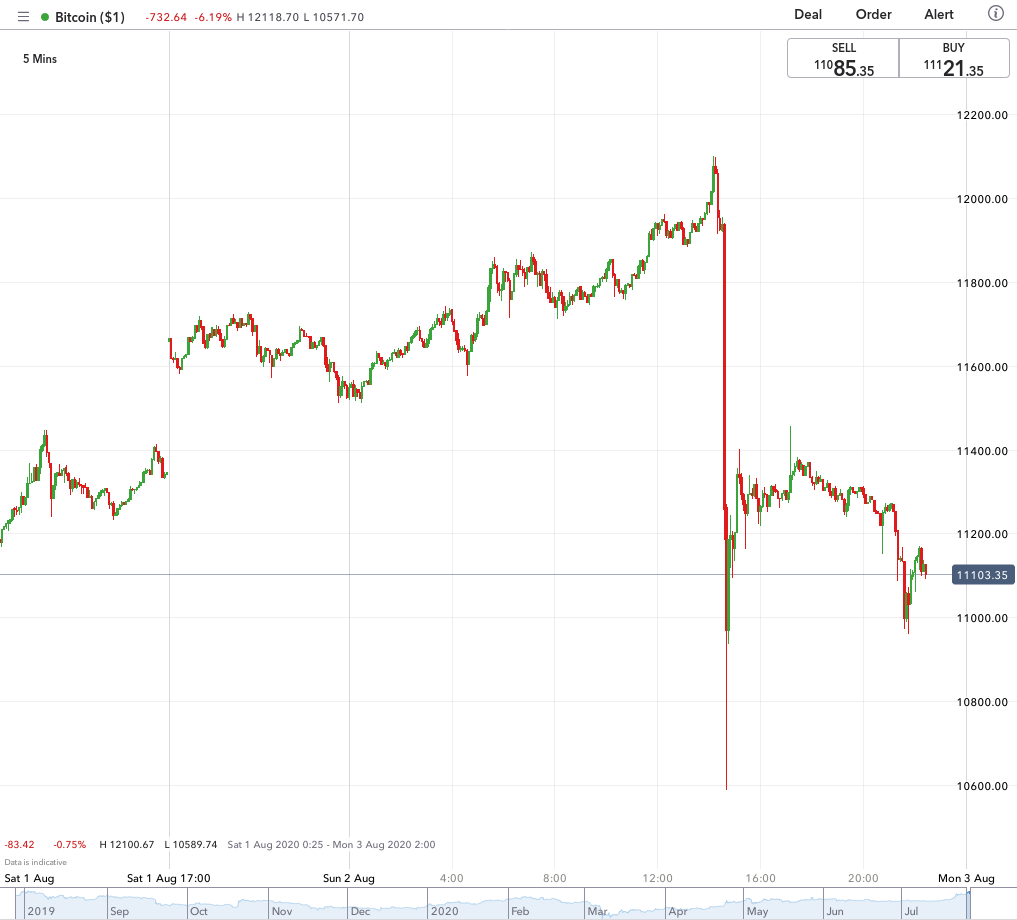 Perhaps, like physical coins, Bitcoin to USD liquidity is lower than I estimated? I can't help but wonder who's being "left holding the bag" in all these cases here.