A few days ago I was looking into the food security situation in the world. With huge disruptions to supply chains this year, especially international supply chains, I wondered what the impacts would be on agriculture. While looking around I came across this video of potatoes being thrown away:

I think overall it's important that some food gets wasted each year because this represents slack capacity in the system in case things go bad. Without this slack capacity if there was a shock to the supply then people would literally starve. The willingness to carry slack capacity in processes is impacted extremely strongly by cultural norms but that aspect is not something I want to go into too much detail about here. I want to address a particularly common sentiment that is seen in the comments and is frequently expressed when people see food thrown away, which is that people ask "why can't they find someone to buy it?" or "Why can't they just give it away?". People see an item of some value, in this case food, and wonder why people who could make use of it aren't getting the opportunity to do so. If people think the item is of value to them then the agitation of seeing it thrown away is even greater than something of value to someone else being thrown away. Emotional reactions to the perceived wastage of food are often strong. A common assumption being that if the price is low enough someone would surely take it off their hands. This assumption is actually quite accurate but only if the price can go below zero.

The idea of negative prices can be a bit hard for people to conceptualize because a lot of people actually think the concept of a negative priced sale is impossible. A common thought process that gets in the way of understanding negative prices is that people think a sale transaction will only occur if the person selling the item will get some amount of cash for it. The lower bound on cost is assumed by many people to be giving it away for free.

In many of these cases negative prices are physically manifested by a lack of spare storage capacity. A high opportunity cost of holding the items frequently drives people to pay to have their goods taken away. This is what I realized when I was watching that guy in the video slide down the pile of potatoes stored in the shed, eventually they will run out of storage space and some of the produce will spoil if left too long. Unfortunately they tried to give away the produce but this was costing them more than just dumping it in the ground, they persisted in giving things away to the community but this was at a cost to them. The negative price manifests here in them having to pay money to remove their own produce. 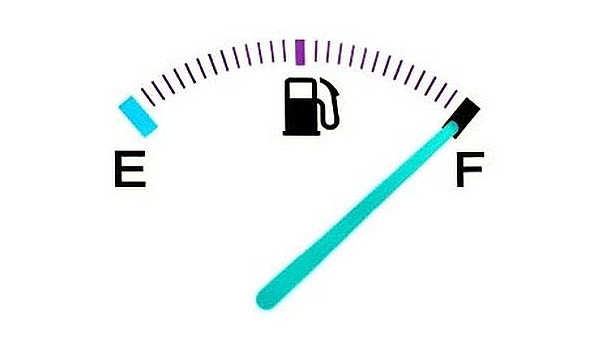 Take for example somewhere selling commodity hydrocarbons or some other type of common fuel supply, most people's direct experiences of this are to do with petrol/gas stations and automobiles.

Let's say the price on petrol goes to zero at one of these places. Many people would think "oh great I can fill my car up for free", but then you hit the point where the cart is full. At this point getting more of the "free" fuel starts to come at a higher and higher cost to the person getting the fuel. Do you go buy a storage container? Doing that would cost both time and money, sure the fuel that you'd get at the end might not have any nominal cost but it's certainly no longer free.

People absolutely love to think they are getting deals, in practice many people will prefer a 20% discount on a dollar than a zero percent discount on a price of 79 cents. A good example of this happened when I was living in Canada, in the town I was in there was a pricing war where some of the bigger retailers were artificially lowering prices to push out a local retailer. At the time this led to a 20cents1 per liter drop in prices which caused all sorts of completely irrational behaviour from people looking "to get a good deal". People drove in from out of town, people queued for over an hour to fill up, sometimes two. The longest I heard of was a 90 minute drive to fill up. People clearly valued the thrill of a deal far more than their time. In any case dropping the price by that amount moved a huge volume of fuel, spare capacity for consumption being created by the idiots who drove over an hour each way just to fill up burning half a tank of gas in fuel to drive to the opportunity to buy a full tank.

But in 2020 people have been travelling a lot less, so demand is lower so what if the oil company really badly needs to move the product across a whole region? Once everyone has filled up their cars the zero-priced fuel might still not move. Eventually storage will completely fill up, then what? One option is to pay people to take it away, which is negative pricing. Global oil supplies faced just this scenario earlier in the year in 2020 when there was vastly more supply than demand temporarily, which led to a huge shortage in storage space.

Perhaps an even crazier moment was that people expected that future prices would be negative and the futures market had some negative priced contracts on delivery at one point in time. Effectively these contracts meant people were in a situation where they had to pay people to take delivery of goods.

There has to be a cost of not selling an item for a seller to consider a negative price on an item otherwise they could just wait to sell it or give it away. With petroleum supplies we have seen a great example of the impact of negative prices on both a personal and industry wide level in 2020.