Some predictions for the upcoming era

I'm sure there will be endless media attention spent on the passing of Queen Elizabeth II today so I won't add much to this topic. Part of why I'm so sure there will be a lot of media attention is because the media response has been painstakingly planned for many years, the coded phrase "london bridge has fallen" exists for this reason. It was a very long reign, with her being the last head of state to have been in that position at the same time as Stalin was still in power in the USSR. In many senses I think she did a good good keeping up the public image of an institution that could easily have come under fire for being out of date in this wild cancel culture world we live in.

Pictures already were up on signage by the end of the day: 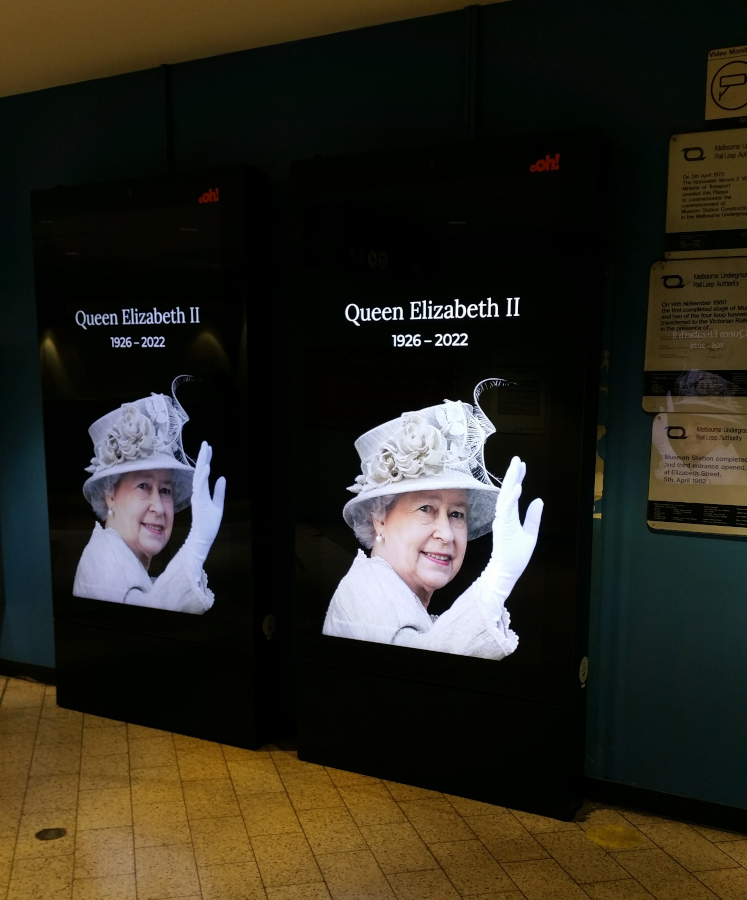 I strongly feel as though society moves forward non-linearly where major events happen that prompt people to reconsider the world and the way in which they view things. I feel this is one of those moments where people will start to reconsider a number of traditions and customs, not just those to do with royalty in the context of the modern world. I have recently been told that I should write down more predictions I've made so that down the track it's possible to look back at what was said. Here's some predictions of what might happen next:

The coins prediction might come across as a strange one, but essentially the Australian coins have a large amount of nickle in them and nickle has become considerably more costly in recent times. Back when the transition to decimal currency in 1966 was made to debase Australian currency by removing silver content from Australian coins Nickle was a cheaper element as compared to today. Nickle has found many uses in modern manufacturing and the availability of it has plummeted recently leading to among other things the LBMA nickle market first getting unstable followed by outright defaulting and taking the unprecedented step of cancelling trades earlier this year. Given we live in a world of rampant currency debasement and therefore high inflation I'd expect these coins containing a high Nickle content with a low face value to be pulled from circulation given the right excuse. Put simply the nickle is just too valuable to back the small face value given the rampant inflation that has been introduced since these coins entered circulation decades ago. Because of the tradition of having the head of state on the coins we now have a situation where newly minted coins will have to be redesigned. The 5, 10 and 20 cent if they are to continue to be minted might be see a change to completely base metal alloys, and hence fully debased, but in any case I don't expect these coins to retain a high nickle content if they get redesigned. Gresham's law would suggest that if such a change were made the coins with the high nickle content will go out of circulation rather quickly if the value of nickle continues on its upward trajectory.