Now that I'd decided I'd give this project a go I had my first trip on site to take some photos and try to figure out an overall plan for how this will come together. Given this was the first day on this project I went to the wall with just a phone and a tablet to take some photos. The idea was to try to experiment and iterate as quickly as possible to try and reveal any unknown-unknowns as fast as possible.

The first thing I noticed is that due to the width of the wall and the trees that are nearby it is impossible to get all of the wall in the same photo while simultaneously being able to show the features that the rock climbers would be interested in. The thought crossed my mind that there would be a perfect opportunity to use image stitching to get a single image generated that covers the whole wall. So I took a few photos of adjacent sections with the aim to combine them later using some software.

After looking around for different software options I came across Hugin which is an open source image stitching program that is cross platform.

It took a while to understand how to use the program and the tutorials on the site were quite good.

One of the interesting things was playing around with creating the control points that allow the image stitching algorithm to combine the images. 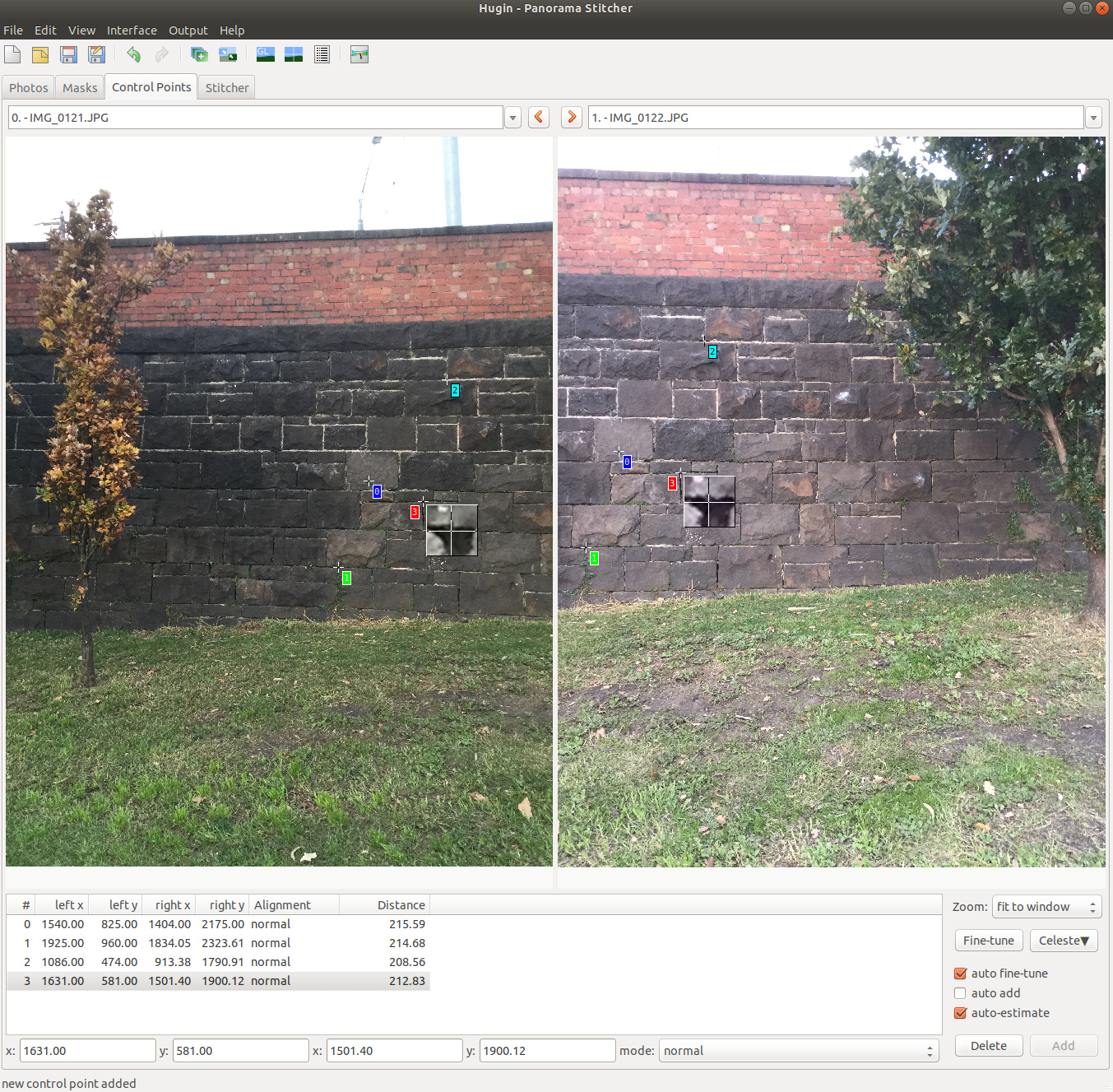 The first attempt I had at stitching went poorly. 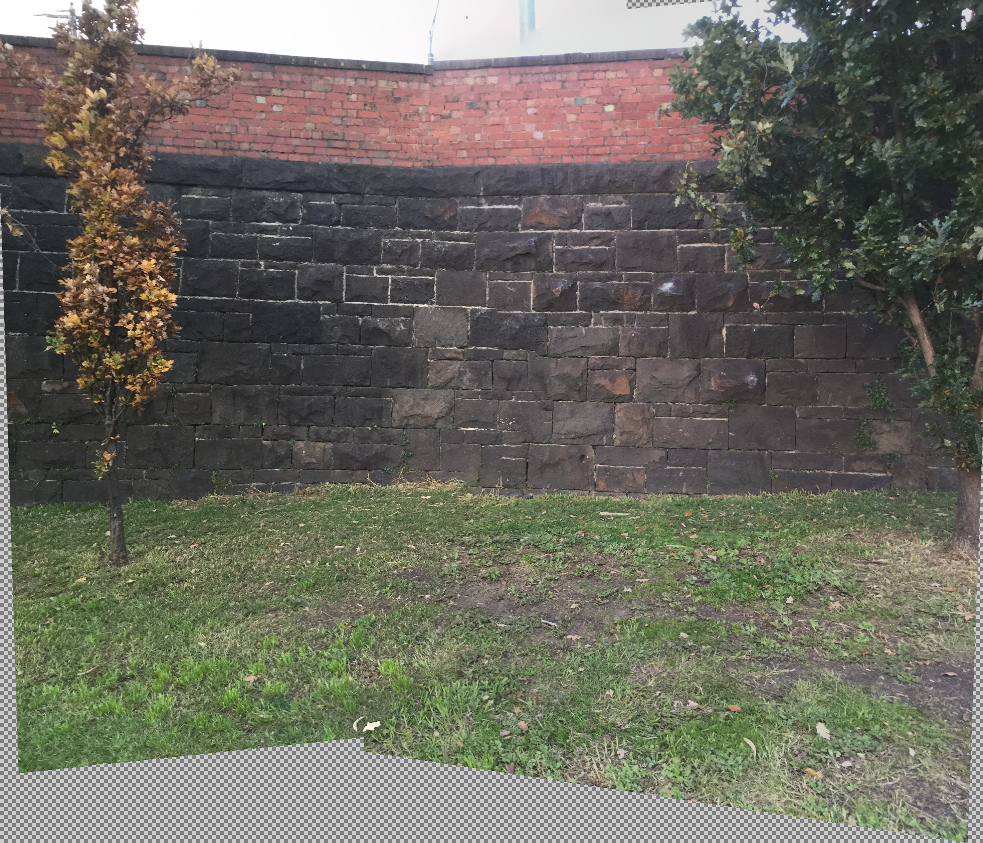 I realize that I didn't optimize the joins properly since the model it was using was a fixed point for the camera with a panorama being generated only by rotation.

For this flat mosaic I wanted to create I needed to optimize the stich for translation of the camera position as well. 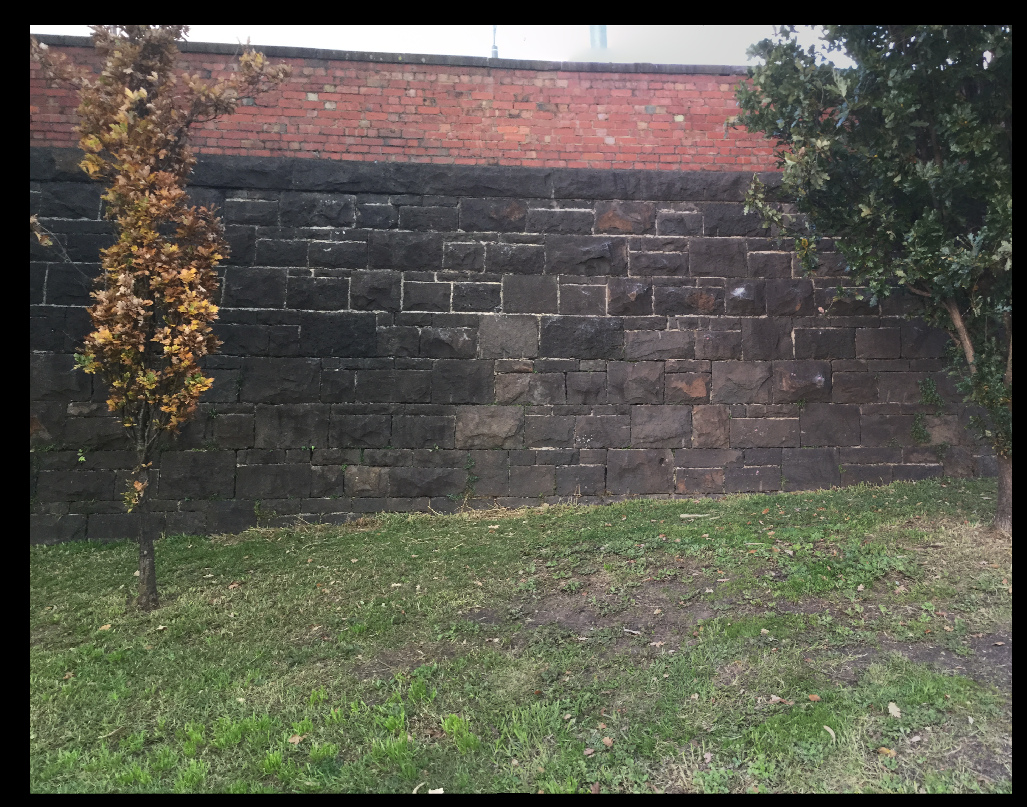 The other thing I noticed was that I didn't have enough image overlap with many of the photos I took to get a good result when stitching together. I guess that was the first unknown-unknown that was revealed, most likely more to come tomorrow!

I'll have to take a larger number of photos tomorrow to get around this.