This particular wall faces west so there's no direct sunlight on it in the mornings. This ends up being important for taking photos because the shadows cast in the afternoon by the nearby trees make it extremely hard to stitch the photos together in a manner that makes it easy to see what's going on. I learned yesterday on the first day of this project that stitching the photos can be done even when there's shadows but the resulting image looks a bit wrong.

One of the things I noticed from yesterdays attempt at image stitching is that the color grading is a bit off. I took one photo when the sun was out and the other while there was some cloud cover and the stitched photo is a bit off as a result. I could have graded some of the colors in an image editing program but this would be a lot of work and I'm not confident I'd be able to make the results look perfect with the skills I have. If I didn't care about these details I'd probably just go back in the afternoon and take a bunch of photos and call it a day. But this is very much a project of personal satisfaction so I'm not going to settle for poor quality.

The easiest approach seems to just be to go at a time of day where there's no shadows cast by the sun and go on a cloudless or entirely cloudy day such that the light levels are consistent across all the photos.

I was more prepared for taking photos today and brought along a far better DSLR camera. The ability do deal with things like the while balance and other aspects of the photos appear to be a nice way to save a lot of hassles with the image stitching step later.

I also decided to try to go early in the morning so that there was no shadows from direct sunlight. This proved to be a really annoying thing with my attempt to stitch some photos from day 1 and led me to only stitch together the couple of photos that weren't so impacted by this as those were from a section with relatively few trees that could cast shadows.

Also one of the annoying things about today was a huge number of vans parked in front of where I wanted to take photos to show the overall site. This is far more annoying than cars because it removes a a much larger filed of view and would require me to bring a ladder to photograph from to get a chance of looking over those visual obstructions. 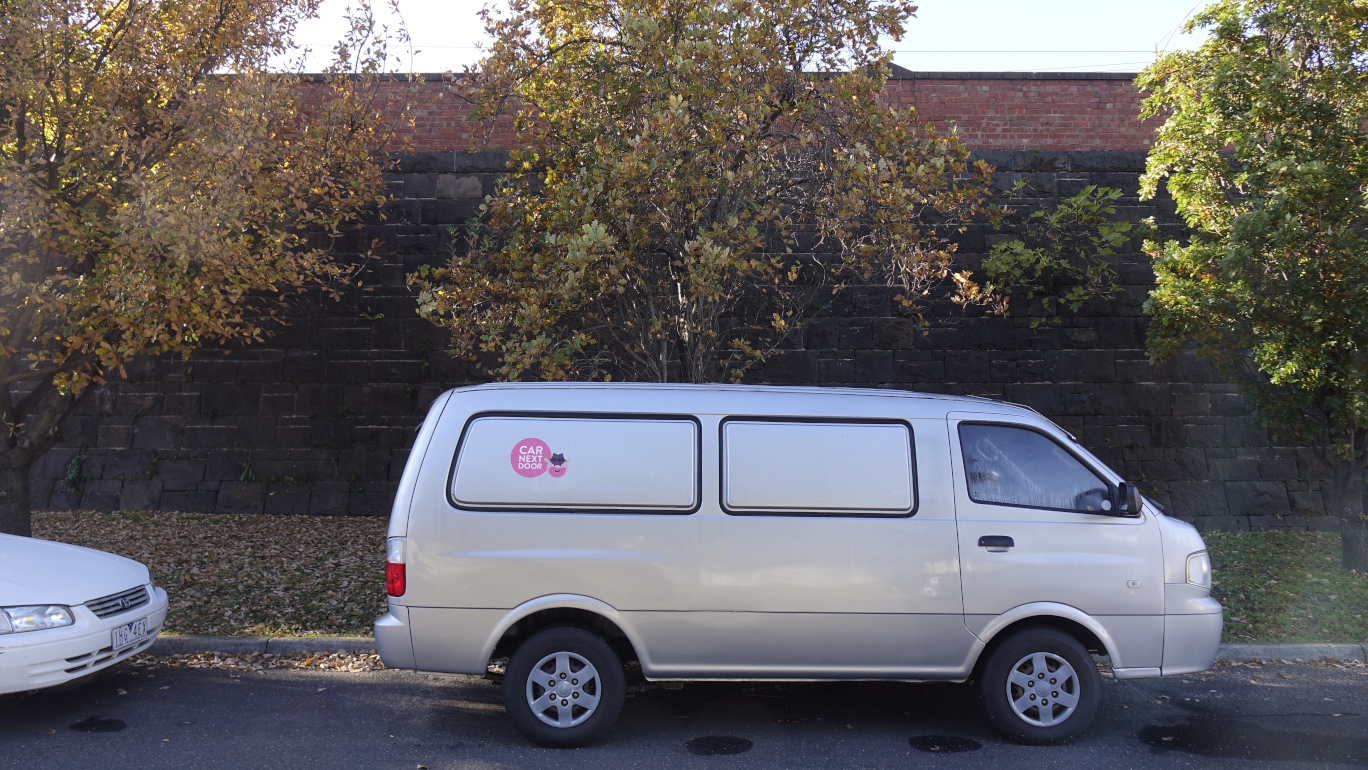 It appears that I'll have to bring a ladder to the site to get the mozaic of photos created because of needing to avoid visual obstructions. The other thing is that if I get close enough to be on the wall side of any of the parked cars or trees I'll not have enough field of view to get the photos of the wall in frame. So I'll need to use the ladder to take the photos of higher up on the wall such that I don't get a lot of visual distortion on those photos relative to the lower one.

I realized that by 11 am, at this time of the year, the sun is high enough to start causing issues due to shadows, I'll have to go earlier tomorrow to avoid this. Given that I ran out of time I took a few photos of the site, both these photos are from the higher portion of the hill: 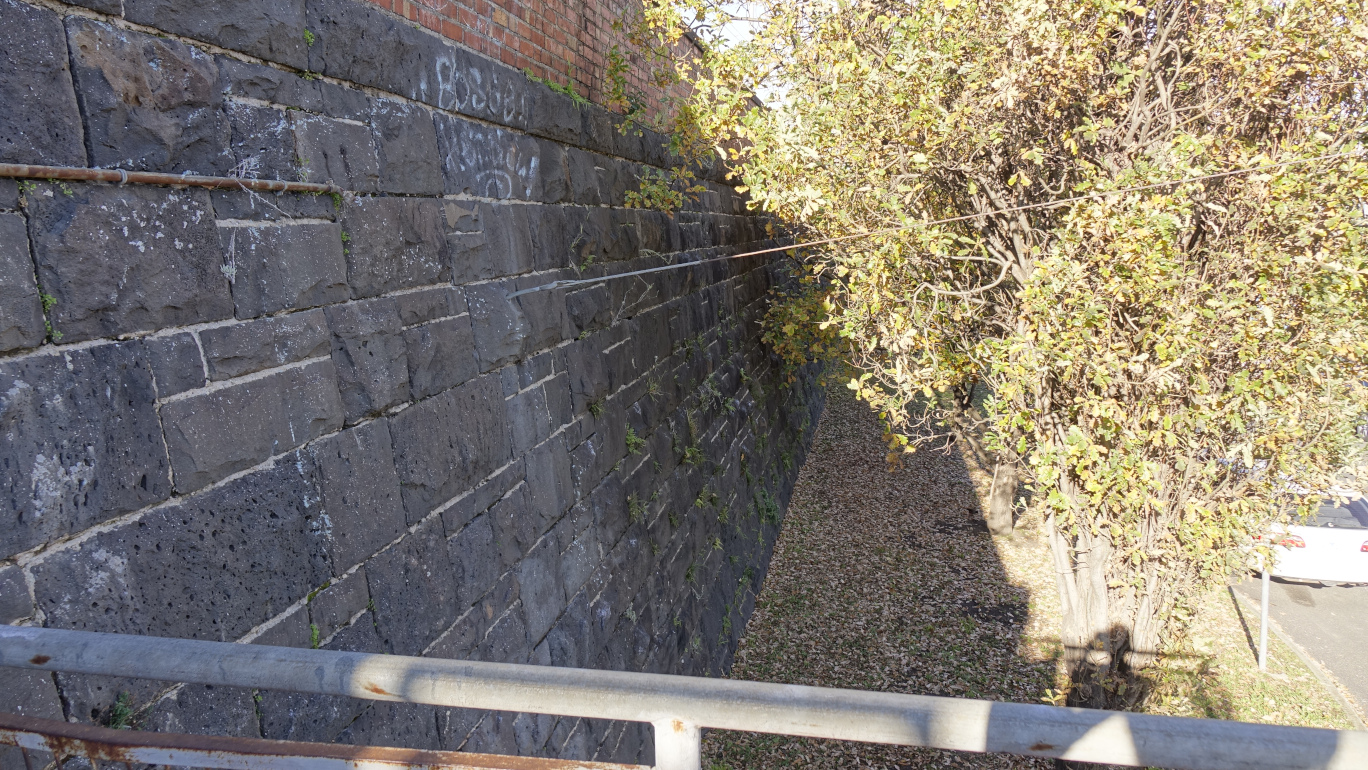 View from the footpath at the top of the wall: 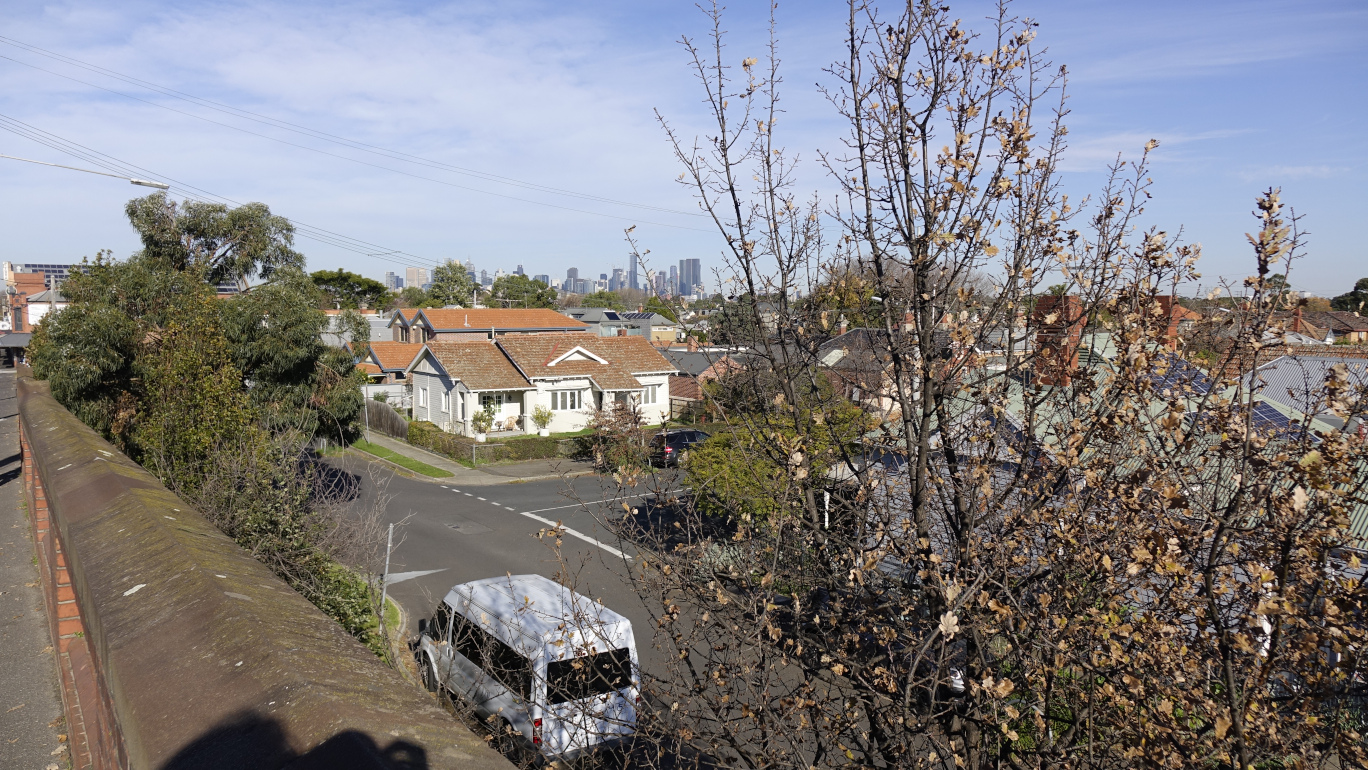