I haven't been too active with climbing for a while due to an injury. I did manage to get a quality bouldering mat from a local gym that had just reopened, I really hope that gym manages to economically survive this pandemic since they are a great bunch.

Recently I've spent a bit of time looking for routes to include in the guide map, specifically I've wanted to find routes that aren't easy to climb that also make some use of specific feature types on the wall. Because there's an enormous number of potential holds there's a situation where it's very easy to make arbitrary routes via eliminating holds but then describing those routes to other people is extremely challenging to do only with words. Given that this location is a huge wall of bluestone with a lot of features that look similar it's not especially easy to explain to people what many of the routes are without photos.

That said there are some interesting routes that are unique in various ways. Some routes like the missing block are quite easy to show people since there's literally a missing block in the wall that offers a different type of climb. I quite like this route, the only hand holds you use are those in the missing block and at the top of the wall: 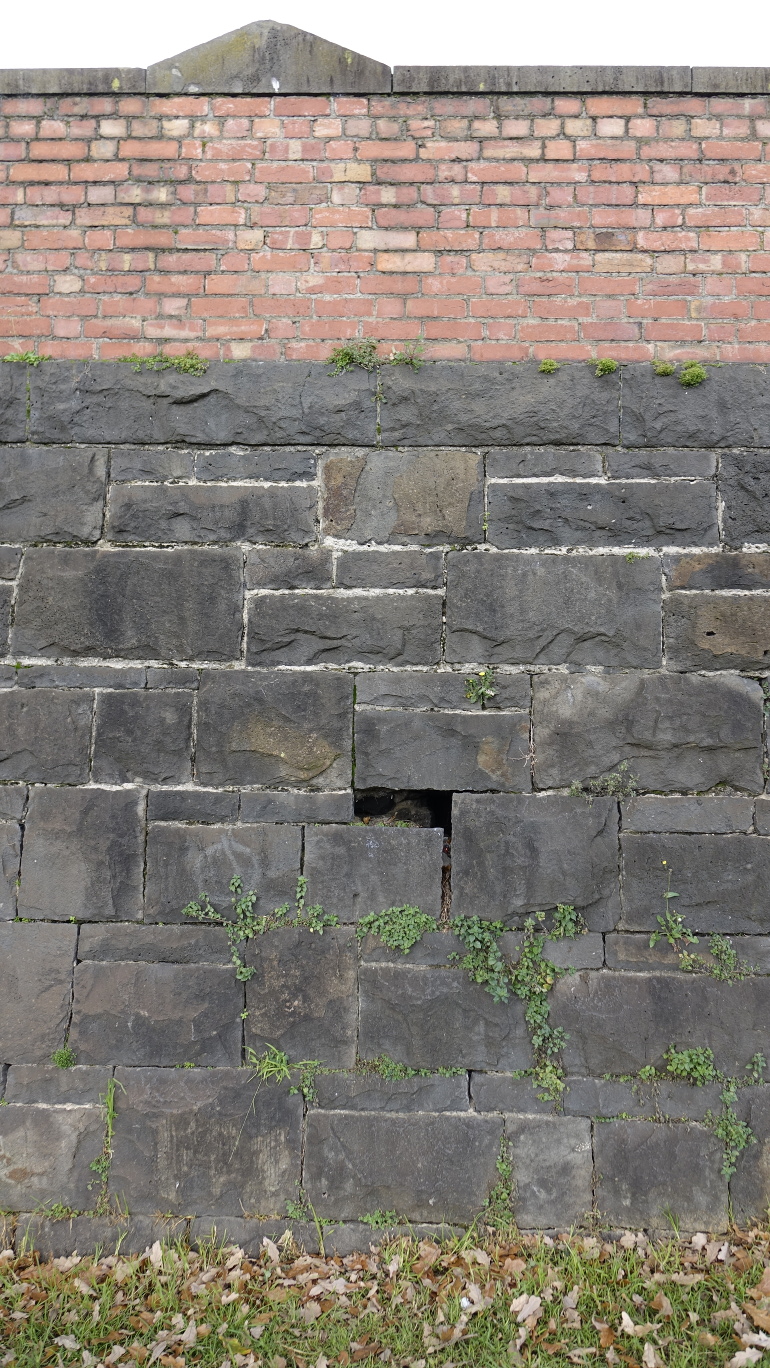 Today I managed to do some climbing again for the first time in a while. I mostly just took it easy and used this as a chance to test out the feasibility of moves on a variety of routes. I did send the missing block route but this was the only boulder I did.

One of the especially interesting feature types you see on the wall are left from the drilled holes used with the Plug and Feather masonry technique that was used to split the quarried stone into the blocks used for the wall.

There's a number of routes that you can do by only using these features for hand holds, they tend to be very difficult climbs though in many spots on the wall because there's far fewer of these features. Specifically there's a lot of side pulls and body tension related moves on these routes that seem a lot more technical. There are 4-5 sections on the wall that have a lot of these holds and those are good for these routes.