There's been a stretch of good weather for climbing lately so I decided to try make the most of that while I could. When I was taking photos the other day I bumped into someone climbing who was clearly having a really bad day, if you are reading this I hope you are feeling better now!

The weather over the next few days is looking like it will be far less nice with a lot of rain forecast so this will be a good chance to get some more photography and image processing work done. It will also give me a chance to get out the tape measure and see how long some of the routes are so I can update that metadata on the climbing sites.

Also I climbed a bunch of routes and it turns out they are really hard to describe without photos so I'm going to try to get some of those together soon. While I was there I used some art-chalk for showing people some routes, turns out there's a few cool projects that climbers might enjoy so I was able to point them out this way. It also turns out that trying to mark a hold with chalk while climbing on the wall is really sketchy and dangerous so I'll be doing less of that in the future. Once I have the big wall image I should be able to just mark climbing routes out using photo editing software and some of the climbing site topographic map tools like the ones on thecrag and similar sites. Here's an example of a cool traverse route (green chalk) marks and one of my project routes (red chalk marks), both of these only use the plug and feathers masonry drill holes for the hands: 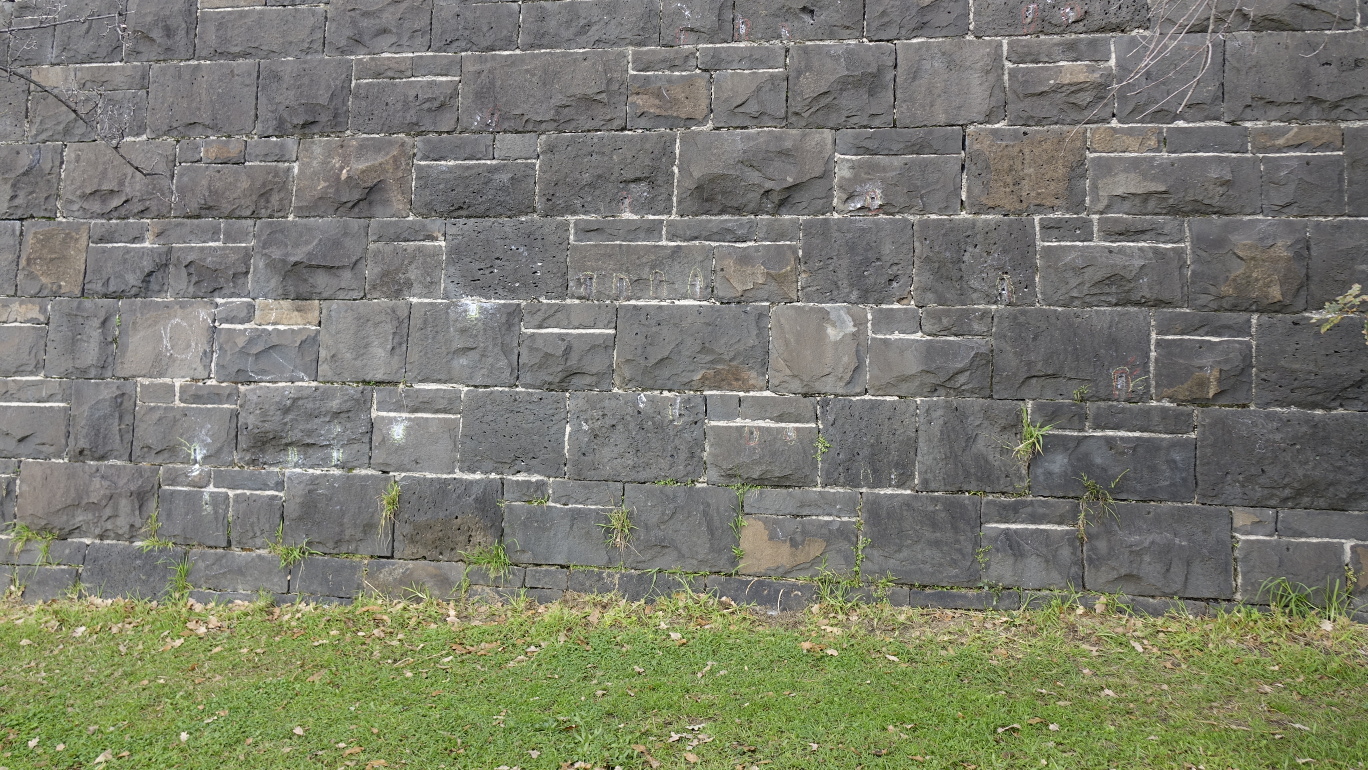 When generating this photo I realized that I'd missed the automatic control point generation features of Hugin before. I think I missed a full understanding of the value of this earlier on because I didn't take enough overlap between photos which in turn prevented the algorithm from finding more matching control points between images. I'm glad I found this out now because hopefully it will save me an enormous amount of time using the algorithm to match up photos instead of doing them all manually. That said I'm having some troubles getting this to work so far...

The other thing I used for the first time today was the image masking feature so I could remove the sections of the image that were covered by tree branches and leaves. As you can see from the photos in earlier posts in the series there's a lot of trees here that make taking photographs of the wall difficult. 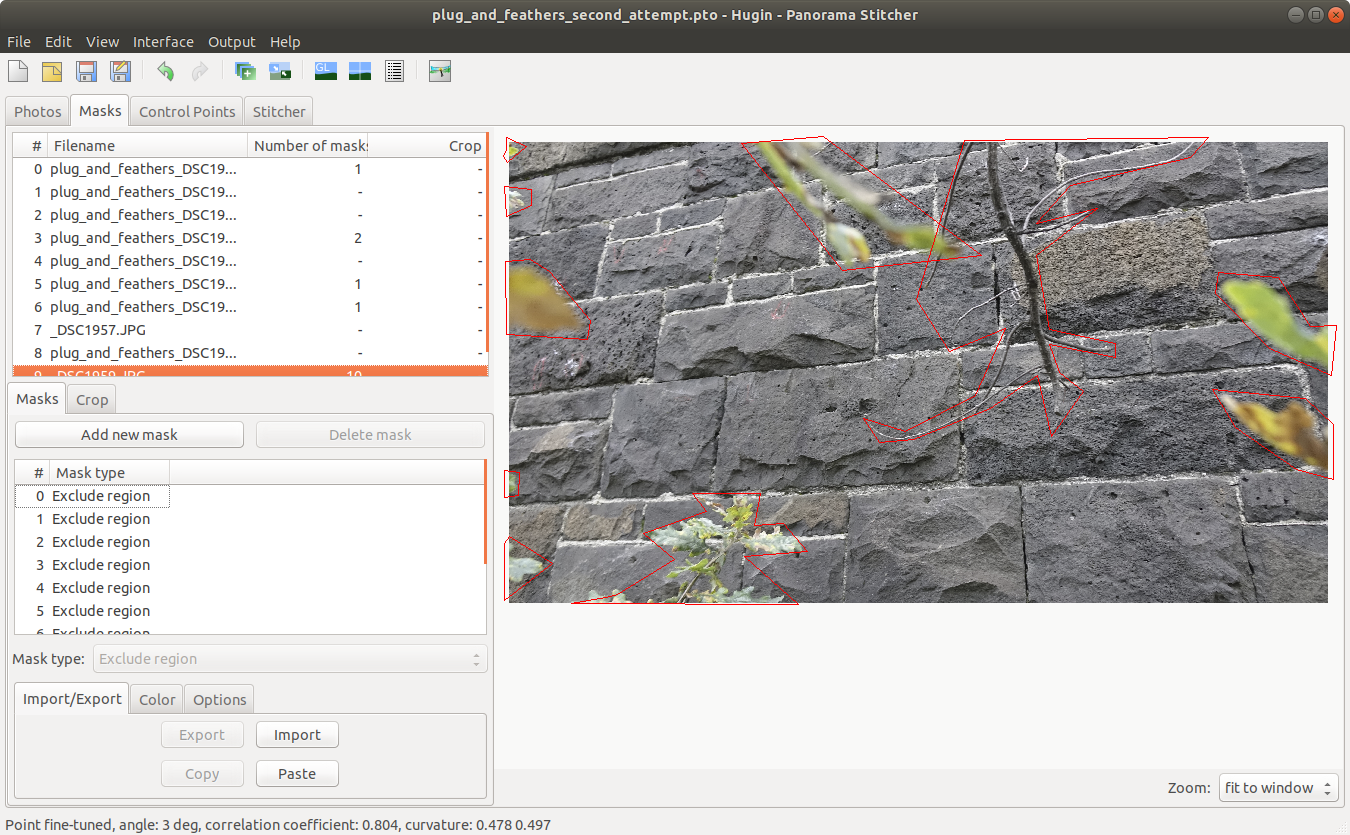 I still don't quite have my head around how to get the right camera position for some of this, there's a few sections where the trees get in the way badly and getting a good image means you either shift the camera position by getting much closer to the wall than the other photos or you take the photo at a much steeper angle which then makes the photo look different because the wall isn't perfectly flat. Too steep an angle means you don't get control points matching up because the undulations of the stone start impacting the field of view but badly enough. Getting the perspective of the stitched images to be what I want without really bad artifacts is proving difficult partly due to this.

Even without artifacts introduced by the process it's really easy to make something that just looks a little bit wrong if you create an image that's supposed to look like a photo output. Turns out other people have thought about this same issue as well: https://medium.com/@brunopostle/piranesis-perspective-trick-6bcd7a754da9 One of the interesting things about those illustrations is that were made to help people to understand the layout and they are highly recognizable but definitely don't look like a photograph.

Also I wasn't sure if the version of Hugin I was running was the newest since I was using the one packaged with the operating system.

On the Hugin wiki they say that you can get more recent versions via PPA:

The Ubuntu operating system version I was running is a version that is newer than anything in the PPA:

The PPA hasn't been updated since 2017 and doesn't have any builds for the more recent Ubuntu releases... Perhaps they can update the PPA or the wiki with some more up to date info? I might try compiling the newest version from source at some point but I don't know if that's needed just yet.