Yesterday I was having an enormous amount of difficulty in getting a good image stitching to work when I had some photos that were taken at slightly different distances and angles. Turns out that there were a number of issues I had when taking the photos:

Issues with blur and focal points tend to make the control point detection tool work a lot less effectively. Unfortunately the photos I took to document the route weren't great for stitching the images together using the automatic tool.

The other problem I had was that I took a few photos from different distances and angles, having both a different distance and angle on one photo compared to the others can make it difficult to get the stitching algorithm to work at all. This article talks about of the problems that occurs when Hugin has unconnected photo groups. If you don't get enough overlap between photos Hugin will tell you that some photos aren't connected to the rest, which means it can't stitch them together cleanly.

I was hoping to get the routes climbed from yesterday mapped in some form or another but I'm going to need better quality photos or some breakthrough in understanding of image stitching to allow me to progress. Most likely I'll need to go take photos in the morning when the light levels are higher since the low light causes a whole lot of problems when you try to stitch the images. The afternoons have a lot of problems with shadows and when the sun is low enough to not have shadow problems the exposure times get long and photos get blurry which then leads to the control point finding algorithm not really working so well.

There's an area of the wall that has really nice features for climbing on and I marked some routes there with colored chalk. So far the best stitched photo I have been able to get together of that area of interest: 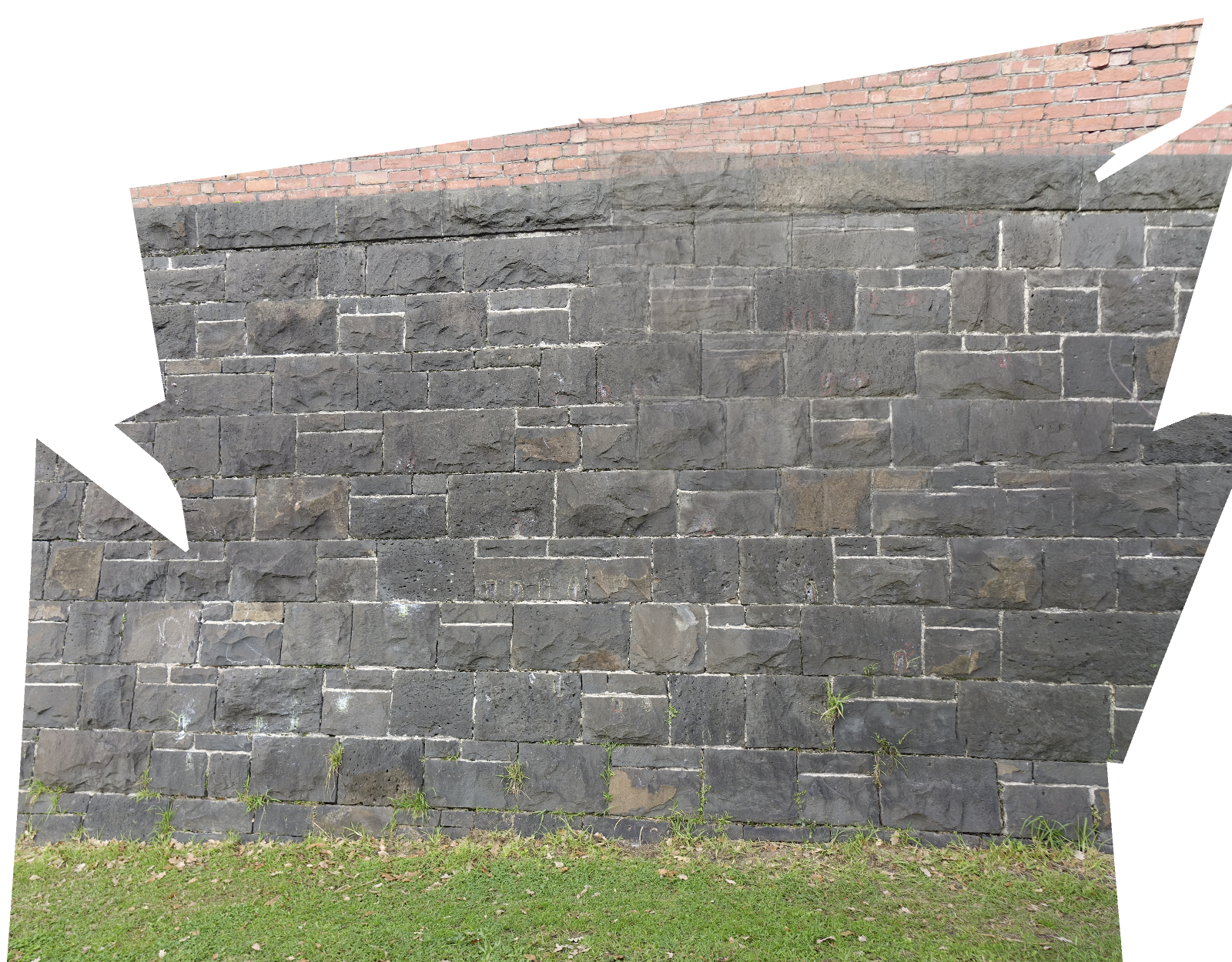 This was created by stitching around 10 photos together, unfortunately you can see that the alignment isn't quite right at the top right corner. The top right corner of this photo is the most obscured portion as there's a tree which makes getting photos of it a lot harder. In general its proving difficult to recover a nice flat image from the different focal length combined with different angles taken for some of the photos of the more visually obstructed areas. The more open areas stitch together fairly easily as I saw way back on day 1 of this project

I don't think the more obscured sections are ready for uploading to make a guidebook/topo image at this point but I'm learning important things along the way that I'll eventually use.