Unfortunately in wars there are people who'll take any chance they can to profiteer.

I noticed something at first that I found very odd which was people posting crypto currency links to gather "donations" to go buy arms and weapons for the war. I'd never seen militaries ask for people to donate crypto so they could buy weapons before. I found this very odd up until I realized that a lot of this was just pure scamming going on.

What opened my eyes to this was seeing fake accounts impersonating real accounts as such action can only really be fraudulent:

If you weren't paying attention you might miss that this isn't actually an official account, everything is set up to look visually similar to the account being impersonated. But the name is a little bit off and this account was just been created the other day and has no real followers. That account in the screenshot is now banned but more will come up no doubt.

Also I noticed people using the conflict to promote NFTs: 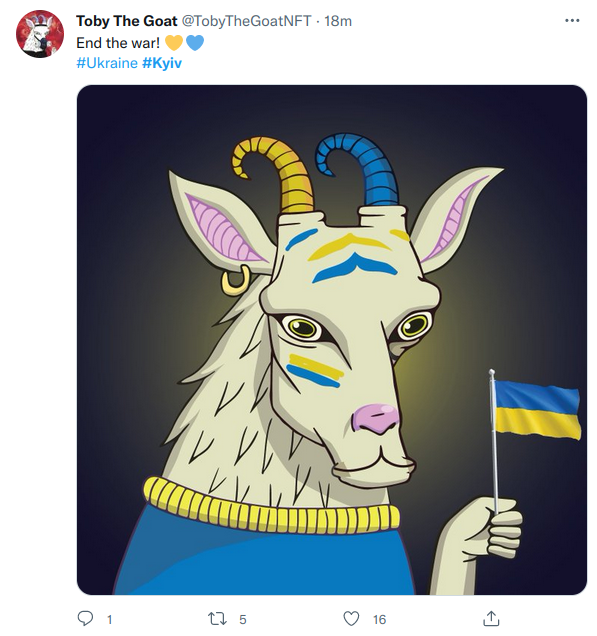 Seems like there's a crowd of grifters in the NFT space that simply have no ethics whatsoever. Not that this exactly comes as a shock when you know the space well.

As always you have to be very careful in the crypto space, since if you send anything you have no recourse if anything goes wrong.