The other day the spot price of Gold broke $2000 USD/ounce briefly: 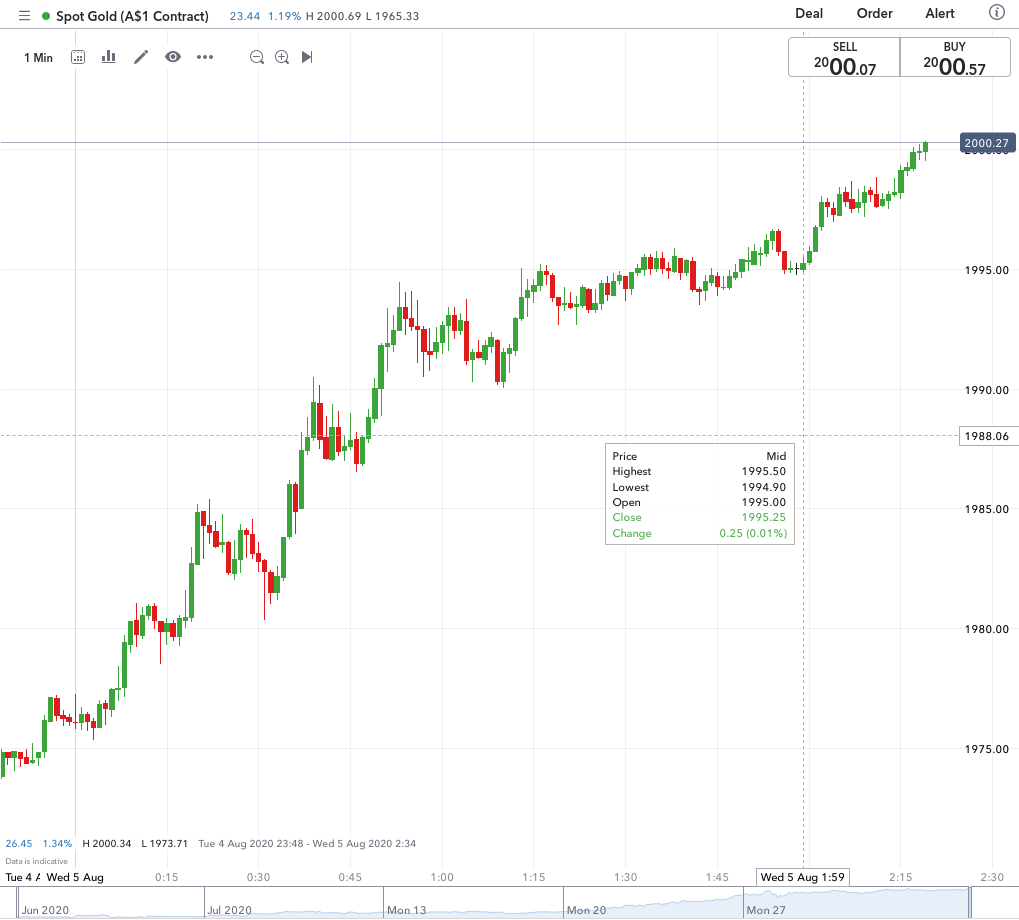 While this is just a number it does represent a somewhat historic moment. Gold has now broken it's previous 2011 record when priced against the USD. There's a lot of things going on all at once to allow this to happen. Perhaps the most obvious thing to point at in this situation is the enormous amount of money that's being printed by central banks and handed out by various governments. The money printer goes brrrrrrrrr meme is a direct reaction to all this money being suddenly created. But there's a lot of different things going on at once here, the fear of inflation from a rapidly growing monetary supply will no doubt be a factor in pushing up the nominal price rises seen in all asset classes that have some form of scarcity. Now there's a bit more to it than money being printed immediately causing inflation, something I'll write about in another article.

Fear is a large part of what drives gold prices in the shorter term. When you don't trust other currencies gold is often seen as being more of a safe haven. Safe havens are getting harder to find as well, in many cases as a result of deliberate policy choices that are designed to coerce people into moving their money into risky asset classes. Some bond markets have been impacted by Quantitative easing (this is a good satirical summary) and yield curve control while other international markets have at the same time seen poor yields. Then in the aftermath of the tragic enormous explosion in Beirut international affairs continue to be tense and just generally terrible so gold has kept pushing higher.

Speaking of international affairs we see the USD weaken vs the basket of currencies in the last few days. Despite the USD weakening lately the Turkish currency has weakened vs the USD rapidly lately: 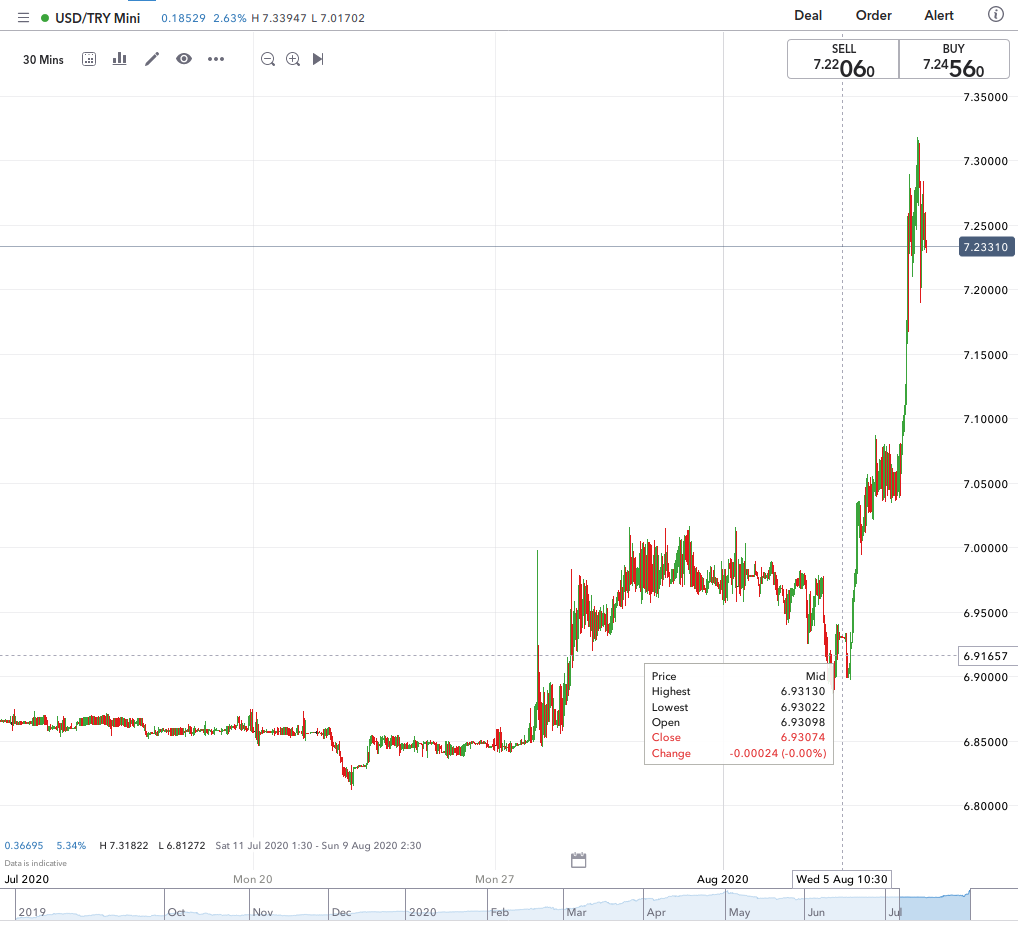 As you can see this is a 5% weakening of the TRY vs the USD in a matter of days. despite the USD being weak at the moment itself. Who knows what will result from this, the uncertainty and fear of the unknown could add more momentum to gold prices.

EDIT: Since then I've wrote an article about how I think QE might impact inflation which is highly relevant with regards to the pricing of commodity assets as denominated in fiat dollars.