A few years ago I came across this video of the Mahlongwa river breaching a sand bank and making it into the sea1.

For quite some time all you would have seen at the beach would have been something like this: 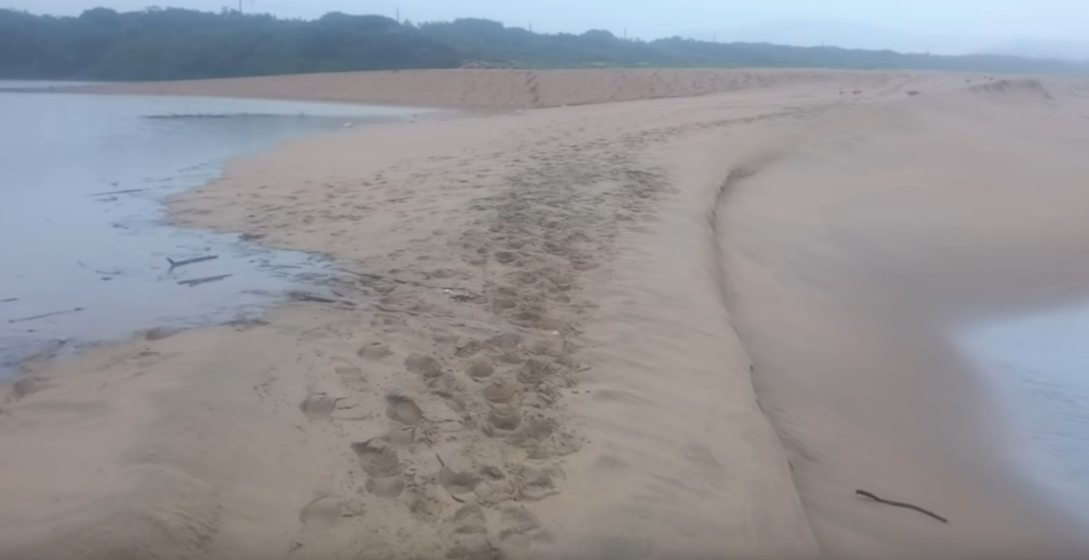 At some point first bits of water run over the sand:

Then a bit later small but steady stream forms:

This stream grows into a larger stream:

At some point the stream of water is unstoppable:

Then eventually the torrent of water reaches the ocean:

Many people have a natural tendency to look at this and think "oh wow that happened fast" by the time they look at the torrent of water moving out to the ocean. Many people seeing the first trickle of water tend to rule it out as being something tiny. Being honest about about overestimating or underestimating the pace of early events is something that very few people are brave enough to do, and this is fair enough considering how society effectively punishes such behavior2.

So when did this event actually start?

Is it when the water meets the ocean?

Is it when the water is no longer stoppable?

Is it when the first molecules of water run over the top of the bank?

Is it when water arrives at the head of the river?

Is it when the water travels down the river?

Is it when the rains hit the river catchment?

Is it when the winds blew the sand into the dunes that held the water back?

Did it start even earlier?

Does it even matter when it started?

The reason I think some of these questions are worth asking is because people have a very weird sense of time when it comes to the cause and effect for things. Two people can see the same event and come to vastly different opinions about how long it took. When things are non linear stuff can seem like it takes an eternity to start happening then can feel very fast when it eventually hits. We see this dynamic in many things. Where is the next river to break into the sea? How long will it take?